Malassezia is well known for its association with facial skin rash Seborrheic Dermatitis. It has been found teaming around pancreatic cancer tissue in mice and humans and there is even the suggestion it might be oncogenic. Mast cell are found around  pancreatic cancer cells as well, and a ketotifen, a drug to control mast cell degranuation, might help in pain control.  Pancreatic cancer tends to occur in cases who had previous pancreatic issues and diabetes, smokers and ppi users; prophylactic metformin could reduce those chances by over 50%

Aykut, Berk, Smruti Pushalkar, Ruonan Chen, Qianhao Li, Raquel Abengozar, Jacqueline I. Kim, Sorin A. Shadaloey et al.
The fungal mycobiome promotes pancreatic oncogenesis via activation of MBL.
Nature (2019): 1-4.
https://www.researchgate.net/profile/Wei_Wang439/publication/336224053_The_fungal_mycobiome_promotes_pancreatic_oncogenesis_via_activation_of_MBL/links/5d95fff6458515c1d3919a55/The-fungal-mycobiome-promotes-pancreatic-oncogenesis-via-activation-of-MBL.pdf
“Here we show that fungi migrate from the gut lumen to the pancreas, and that this is implicated in the pathogenesis of PDA [Pancreatic Duct Cancer].
PDA tumours in humans and mouse models of this cancer displayed an increase in fungi of about 3,000-fold compared to normal pancreatic tissue.
The composition of the mycobiome of PDA tumours was distinct from that of the gut or normal pancreas on the basis of alpha- and beta-diversity indices. Specifically, the fungal community that infiltrated PDA tumours was markedly enriched for Malassezia spp. in both mice and humans.
Ablation of the mycobiome was protective against tumour growth in slowly progressive and invasive models of PDA, and repopulation with a Malassezia species—but not species in the genera Candida, Saccharomyces or Aspergillus—accelerated oncogenesis.”
For some unknown reason, Malassezia’s cancer effect is through activating C3 which activates complement system inflammatory immune responses

Re Pancreatitc Cancer and Mast Cells 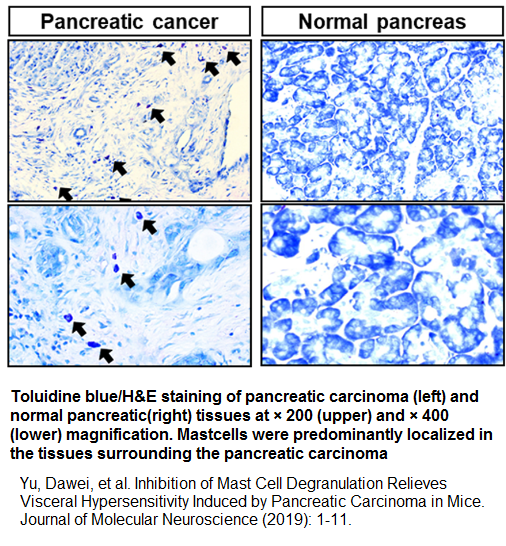 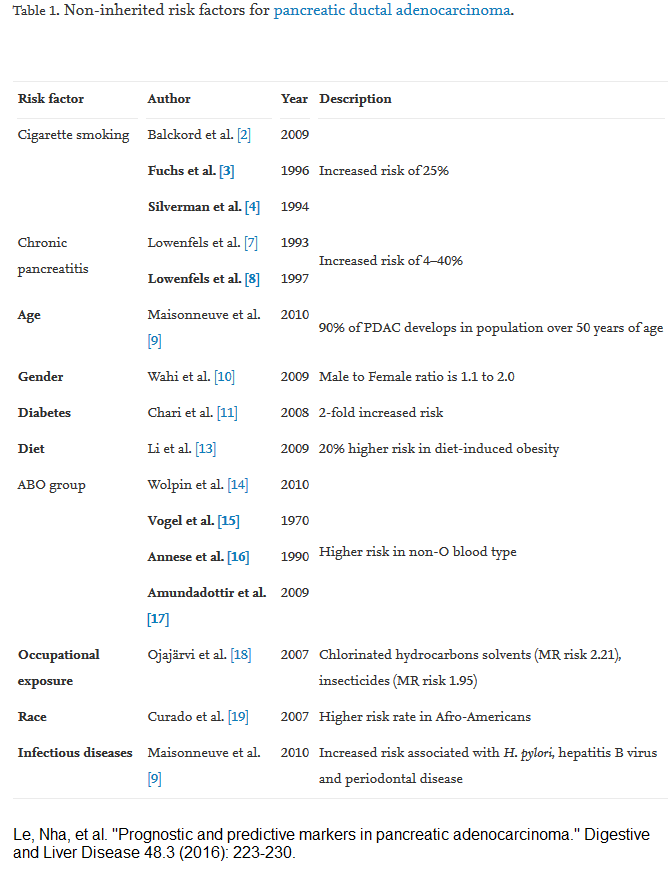 So they looked at what factors in in diabetics: – smoking, PPI ulcer med use, and severity DM requiring more than just metformin were worst factors 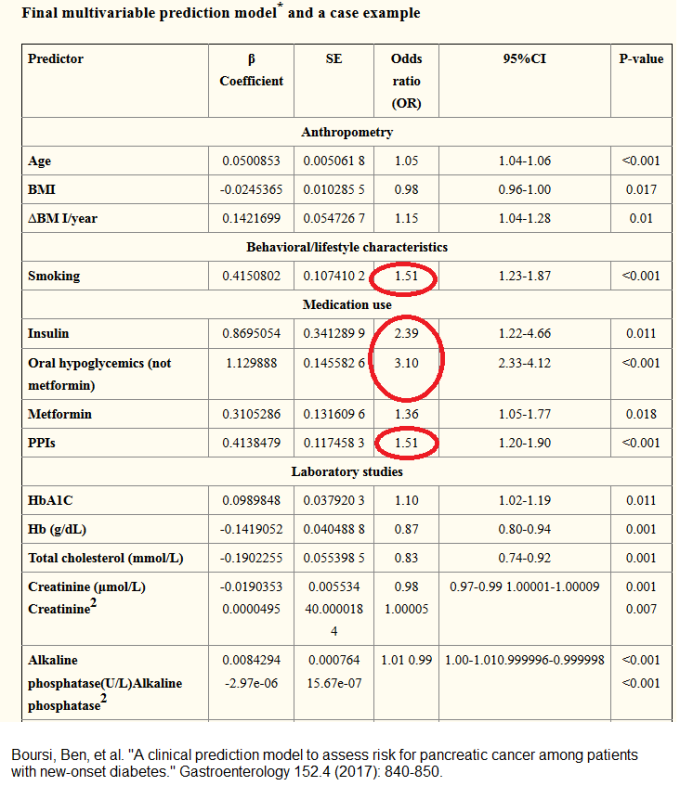 On ultrasound, “Main pancreatic duct dilatation (≥ 2.5 mm) and presence of a pancreatic cyst (≥ 5 mm) were both strong independent predictors of the subsequent development of pancreatic cancer”:

preventitively I would use it every 3 months…

Malassezia is a nasty bug and is seen in alzheimer brains:
Front Aging Neurosci. 2018 May 24;10:159. doi: 10.3389/fnagi.2018.00159
Infection of Fungi and Bacteria in Brain Tissue From Elderly Persons and Patients With Alzheimer’s Disease.
Alonso R et al.
https://www.ncbi.nlm.nih.gov/pmc/articles/PMC5976758/
“the fungal genera more prevalent in AD patients were Alternaria, Botrytis, Candida, and Malassezia”

2) Ketotifen is an anti-histamine like agent –  in adults is usually used at 1 mg twice daily though at half dose first week re sedation. One has to be prepared to use it at least 3 week to see effect.
a precaution with its use in diabetics is as in product monogram:
https://pdf.hres.ca/dpd_pm/00017437.PDF
“A reversible fall in the thrombocyte count in patients receiving Zaditen concomitantly with oral antidiabetic agents has been observed in rare cases. Thrombocyte counts should therefore be carried out in patients taking oral antidiabetic agents concomitantly.”

High risk cases are those with diabetes, smoking, pancreatic injury or prior pancreatitis, and PPI use. I would consider use of Metformin
Oncol Lett. 2018 Jan;15(1):683-690. doi: 10.3892/ol.2017.7412.
Metformin and cancer: An existing drug for cancer prevention and therapy.
Zi F et al
https://www.ncbi.nlm.nih.gov/pmc/articles/PMC5772929/
“Compared with those who were not treated with metformin, diabetic patients treated with metformin exhibited an ~62% reduced risk of developing pancreatic cancer”. If one gets diarrhea, use of the long acting agent Glumetza could be used but is expensive.

I hope you enjoy article as was a bigger job than thought.

This site uses Akismet to reduce spam. Learn how your comment data is processed.