40 mg Depo Medrol into tender TMJ was no better off a month later than saline injection. The crystals of the steroid made 5 subjects temporarily worse which they pegged as very bad “adverse events”.

Results re pain before and 1 month after: 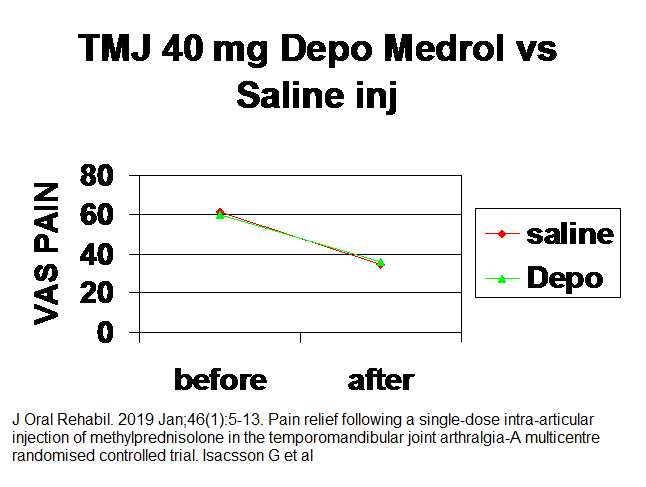 Comment –  It was painful for me to see because I always thought you could do one shot (more would damage the disc) . Now it doesn’t look like that is useful. Fact that there was still pain 1 month later makes me wonder if there was significant myofascial problems that were not dealt with…

I had found joint lavage was helpful (2 needles in – one an exit butterfly, other the saline inject in) – wonder if that would be better than just saline in.

This site uses Akismet to reduce spam. Learn how your comment data is processed.